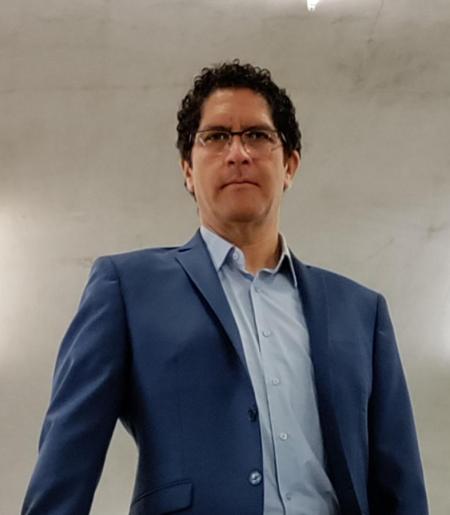 Alejandro L. Madrid is a cultural theorist who specializes in music and expressive culture from Latin America and Latinxs in the United States. Working at the intersection of musicology, ethnomusicology, and performance studies, Madrid’s scholarship interrogates neoliberalism, globalization, and postmodernity while exploring questions of embodiment, affectivity, and politics in transnational settings. His current projects touch on issues of homophobia and masculinity as well as historiography, biographical narrative, and alternative ways of knowledge production and circulation through art and popular music as well as sound art from the long twentieth century.

In 2017, Madrid received the Dent Medal, one of the most important recognitions in the field of music scholarship, given by the Royal Musical Association and the International Musicological Society for “outstanding contributions to musicology.” He is the only Ibero-American scholar who has received this prestigious honor since its inception in 1961. His work has also received the Philip Brett (2018), Robert M. Stevenson (2016 and 2014), and Ruth A. Solie (2012) awards from the American Musicological Society (AMS); the Mexico Humanities Book Award from the Latin American Studies Association (2016); the Béla Bartók Award from the ASCAP Foundation (2014); the Woody Guthrie Award from the International Association for the Study of Popular Music-U.S. Branch (2009); the Casa de las Américas Musicology Award (2005); and the Samuel Claro Valdés Musicology Award (2002), among other important recognitions.

His research has been funded by a Guggenheim Fellowship, the American Council of Learned Societies, the Fulbright Commission, the Ford Foundation, and the Genaro Estrada Fellowship for Mexicanists from Mexico’s Ministry of Foreign Affairs. His articles and reviews have been published in Boletín Música, Ethnomusicology, GLQ: A Journal of Lesbian and Gay Studies, Heterofonía, Hispanic American Historical Review, Journal of the American Musicological Society, Latin American Music Review, Popular Music, Popular Music and Society, Resonancias, Revista Argentina de Musicología, Sound Studies, and Trans. Revista Transcultural de Música. He was Senior Editor of Latino/a and Latin American entries for The Grove Dictionary of American Music (2nd edition) and currently serves as Editor of Oxford University Press’s award-winning series Currents in Latin American and Iberian Music and as co-editor of Cambridge University Press’s journal Twentieth-Century Music.

Since 2013, Alejandro L. Madrid is professor of musicology and ethnomusicology at Cornell University’s Department of Music. Before that, he was on the faculty of the Latino and Latin American Studies program of the University of Illinois at Chicago, and was a visiting professor at Northwestern University and at Texas A&M University. He is frequently invited as an expert commentator by national and international media outlets, including The Washington Post, Agence France-Presse, Public Radio International, and Radio Uruguay (SODRE). Recently, he acted as music advisor to acclaimed filmmaker Peter Greenaway, whose film, Eisenstein in Guanajuato, is set in early 1930s Mexico.