María Cristina García, the Howard A. Newman Professor in American Studies at Cornell, is the recipient of a 2016 Andrew Carnegie Fellowship, the Carnegie Corporation of New York has announced.

The program supports established and emerging scholars, journalists and authors “whose work distills knowledge, enriches our culture and equips leaders in the realms of education, law, technology, business and public policy,” the foundation said.

García was nominated for the fellowship in November by the late Cornell President Elizabeth Garrett, who called her “one of the foremost experts on immigration history and the impact of displaced peoples on communities, cultures, and political processes and institutions.”

She is among 33 fellows selected, based on the originality, promise and potential impact of their proposals, from nearly 200 nominations in the competitive fellowship program’s second year, said Vartan Gregorian, president  of the Carnegie Corporation. Carnegie Fellows receive up to $200,000 each in funding toward one to two years of scholarly research and writing, aimed at addressing some of the most urgent challenges to U.S. democracy and international order, the foundation said.

García teaches in the Department of History and the Latina/o Studies Program in the College of Arts and Sciences and is on leave this semester. She is the recently elected president of the Immigration and Ethnic History Society, and the author of three books on immigration and refugee migration in the Americas.

The fellowship will support her new research project, “Climate Refugees: The Environmental Origins of Refugee Migrations” – examining an impending global refugee crisis and incorporating historical and contemporary case studies to understand its challenges to international organizations and threats to political institutions and international relations.

“Professor García is an exemplary scholar who richly deserves this honor,” said Gretchen Ritter ’83, the Harold Tanner Dean of Arts and Sciences. “Her research addresses difficult-to-solve problems that require precisely the kind of commitment and dedication she demonstrates in her work.”

Garrett wrote in her nomination letter that García brings an eloquent voice and “a deep and nuanced empirical perspective on these pressing issues.” García’s migration research on Cuban exiles – a community of which her own family is a part, and one divided by opposing factions – began in the 1980s and culminated in 1996 with her first book, “Havana USA: Cuban Exiles and Cuban Americans in South Florida, 1959-1994.”

Over the next decade, she turned her attention to Central and North America and published “Seeking Refuge: Central American Migration in Mexico, the United States, and Canada” (2006). Praised in the Journal of Latin American Studies as “an intricately detailed and meticulously documented comparative study,” the book explains the complex relationships among six countries involved in a large-scale northward migration from Central America due to civil wars in El Salvador, Guatemala and Nicaragua.

Both books “have been widely praised both by specialists in her scholarly discipline and by a wider readership,” Garrett wrote. “Havana USA,” she added, has been “unstintingly praised” by historians, noting a Journal of American History review describing it as “the best book yet written on Miami … brilliantly conceived, elegantly written and thoroughly researched,” and making “a stunning contribution [to] the fields of immigration, ethnic and urban history.”

García has completed her next book, “Refugees in Post-Cold War America,” for Oxford University Press. Based on a research project supported in part by her 2013-14 Woodrow Wilson Fellowship from the Woodrow Wilson International Center for Scholars in Washington, D.C., the book examines U.S. refugee and asylum policy and the recent challenges of reconciling domestic national security with humanitarian obligations to refugees and asylum-seekers. Garrett called it “an ambitious survey of a topic of major importance in public life.”

“This record of productivity, accomplishment, and scholarly and public impact,” Garrett wrote, “provides secure grounds for predicting that the product of Professor García’s work as an Andrew Carnegie Fellow … will be a timely, sophisticated, influential contribution to discussions that scholars, policymakers and the public at large will not be able to avoid.” 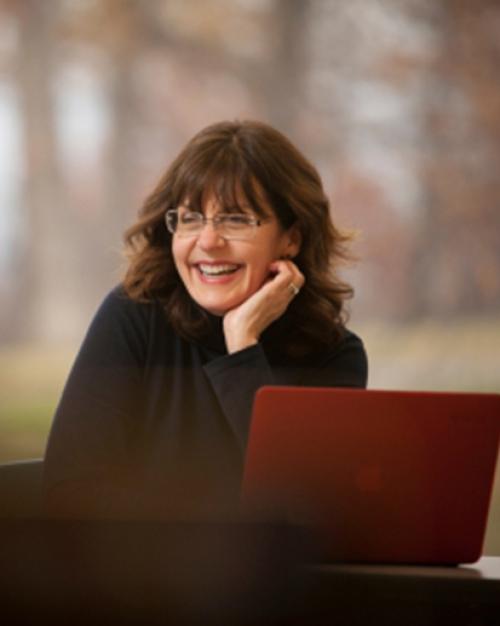