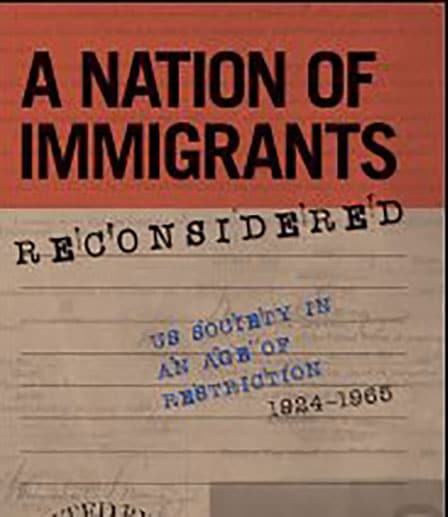 A Nation of Immigrants Reconsidered US Society in an Age of Restriction, 1924-1965

A Nation of Immigrants Reconsidered US Society in an Age of Restriction, 1924-1965

In A Nation of Immigrants Reconsidered, leading scholars of immigration explore how the political and ideological struggles of the "age of restriction"--from 1924 to 1965--paved the way for the changes to come. The essays examine how geopolitics, civil rights, perceptions of America's role as a humanitarian sanctuary, and economic priorities led government officials to facilitate the entrance of specific immigrant groups, thereby establishing the legal precedents for future policies. Eye-opening articles discuss Japanese war brides and changing views of miscegenation, the recruitment of former Nazi scientists, a temporary workers program with Japanese immigrants, the emotional separation of Mexican immigrant families, Puerto Rican youth’s efforts to claim an American identity, and the restaurant raids of conscripted Chinese sailors during World War II.

A Nation of Immigrants Reconsidered 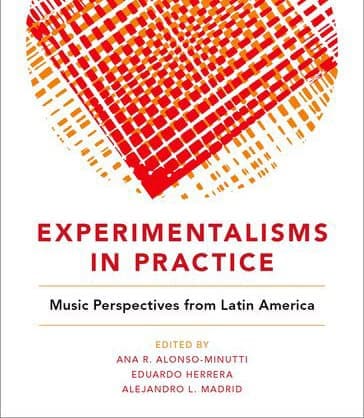 Alejandro Madrid co-editor of Experimentalisms in Practice explores the multiple sites in which experimentalism emerges and becomes meaningful beyond Eurocentric interpretative frameworks. Challenging the notion of experimentalism as defined in conventional narratives, contributors take a broad approach to a wide variety of Latin@ and Latin American music traditions conceived or perceived as experimental.

“By focusing on elite and popular musical practices by Latin American and Latino musicians, the book contributes to decolonizing the Anglo-American and Eurocentric tradition that has defined experimentalism in narrow nationalist terms for decades,” said Alejandro Madrid, Cornell professor of music and co-editor with Ana Alonso-Minutti of the University of New Mexico and Eduardo Herrera of Rutgers University. 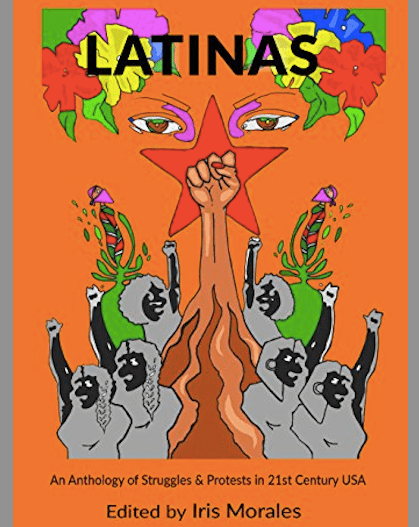 Karen Jaime, Professor of Latina/o Studies and Performing and Media Arts at Cornell University, poetry was published in the anthology, “Latinas: Struggles & Protests in 21st Century USA”, edited by longtime activist Iris Morales. The anthology illustrates how Latinas understand the gendered conditions of their lives and discuss inequities faced as women and also by class, race, ethnicity, national origin, and immigration status. 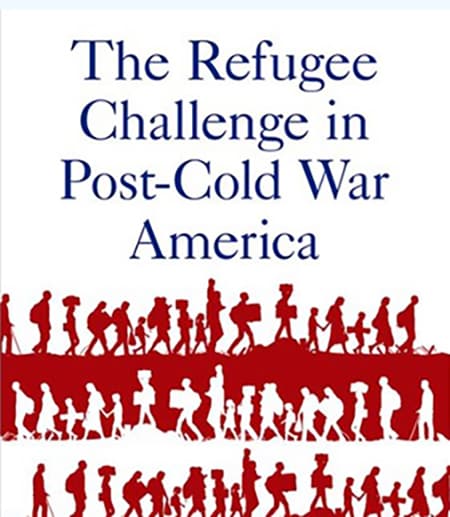 Maria Cristina Garcia has published The Refugee Challenge in Post-Cold War America (Oxford University Press).  Alan M. Kraut, past president of the Organization of American Historians, states that “This volume stands alone as the best history of U.S. refugee policy in post-Cold War America.  Garcia chronicles the struggles of Russian refuseniks, Chinese dissidents, Rwandans fleeing genocide, as well as Haitian and Cuban boat people among those seeking sanctuary from persecution. Her meticulous research and incisive analysis illuminates the confusions and inadequacies of United States refugee policy under Republican and Democratic presidents alike.”  Carl Bon Tempos, author of Americans at the Gate, states that  “This book deftly explains how domestic politics, economic circumstances, and national security concerns have shaped what the United States has done –and not done- in the face of multiple refugee crises in the two decades after the end of the Cold War’. He describes her book as “masterful and elegant”. 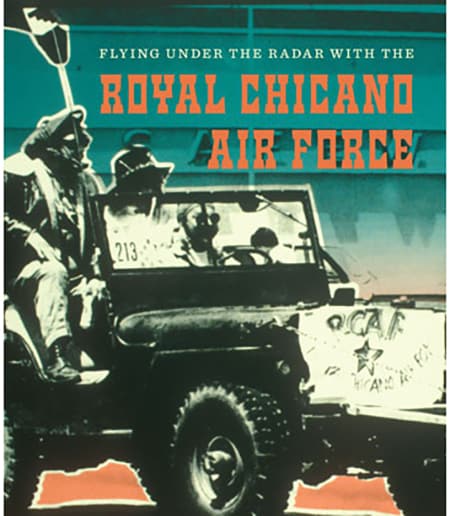 Ella Maria Diaz has published Flying Under the Radar with the Royal Chicano Air Force Mapping a Chicano/a Art History (University of Texas Press). In the first in-depth study of the RCAF and their work since 1970 combining art, community engagement and activism, Diaz explores how the RCAF questioned and countered artistic conventions in the U.S. and Mexico, and the significant contributions of women in the collective amid the patriarchal norms within the Chicano movement. She also details the RCAF members’ artistic work and how their verbal and visual language of Chicano/a signs, symbols and texts led to scholarship and theoretical advances in the 1990s and after.

Guisela Latorre, Ohio State University, author of Walls of Empowerment: Chicana/o Indigenist Murals of California, states that this book is “A work of meticulous and rigorous scholarship! This book offers numerous original intellectual paradigms that can help scholars and students alike to think about the Royal Chicano Air Force and also about the work of other artists of color who engage in activist praxes through creative expression. Community artists, activists, and individuals seeking to learn about socially engaged and politically driven art will gain much from Ella Maria Diaz’s unique vision of the RCAF.” 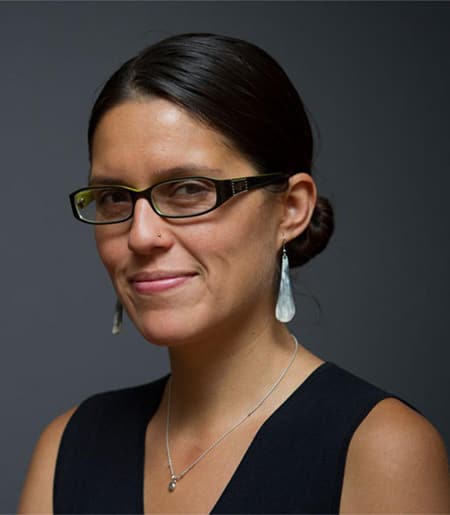 A New Approach to Migrant Labor Rights Enforcement: The Crisis of Undocumented Worker Abuse and Mexican Consular Advocacy in the United States

A New Approach to Migrant Labor Rights Enforcement: The Crisis of Undocumented Worker Abuse and Mexican Consular Advocacy in the United States

This paper offers a critical assessment of one of the clearest examples of transnational labor advocacy through diplomatic institutions: the role of the Mexican consulate in supporting labor rights enforcement in the United States. The Mexican immigrant population is the largest national origin group in the United States today, comprising nearly a third of all immigrants and the majority of the undocumented (Passel and Cohn 2009). While immigrants from Mexico have a long history of labor migration to the United States, and have tended to settle in traditional immigrant destination states in the Southwest, they are increasingly moving to “new destinations” in the South and Midwest (Batalova 2008). Mexican migrants have become structurally embedded into the economic structure of the U.S. labor market (Cornelius 1998) and created transnational social networks that continue to facilitate a culture of migration in many sending communities (Adler Hellman 2008; Smith 2006; Stephen 2007). Many Mexican migrants are recently arrived, have low levels of human capital, and are limited English proficient. Mexican migrants are often concentrated in “bad jobs” (Kalleberg 2011), characterized by low pay, few benefits, high levels of workplace violation, and little government oversight (Bernhardt et al. 2008). 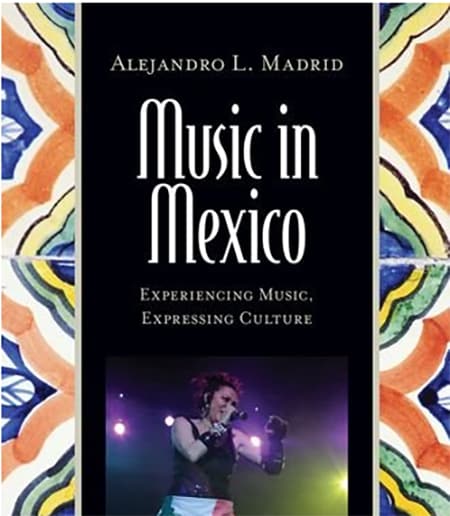 The complex legacy of Mexico's ethnic past and geographic location have shaped the country and its culture. In Music in Mexico, Alejandro L. Madrid uses extensive fieldwork, interviews with performers, eyewitness accounts of performances, and vivid illustrations to guide students through modern-day music practices. Applying three themes-ethnic identity, migration, and media influences-the text explores the music that Mexicans grow up listening to and shows how these traditions are the result of long-standing transnational dialogues. Packaged with a 40-minute audio CD containing musical examples, the text features numerous listening activities that engage students with the music. 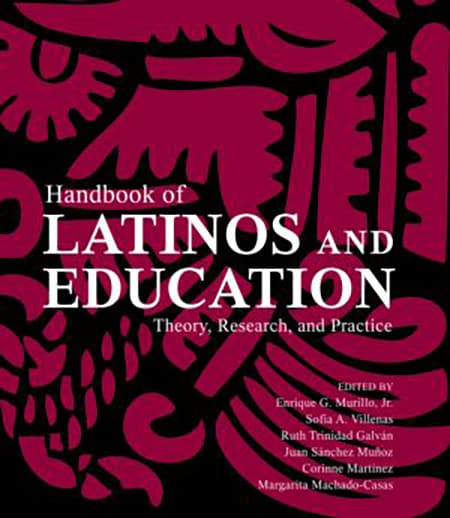 Handbook of Latinos and Education: Theory, Research, and Practice

Handbook of Latinos and Education: Theory, Research, and Practice

Providing a comprehensive review of rigorous, innovative, and critical scholarship relevant to educational issues which impact Latinos, this Handbook captures the field at this point in time. Its unique purpose and function is to profile the scope and terrain of academic inquiry on Latinos and education. Presenting the most significant and potentially influential work in the field in terms of its contributions to research, to professional practice, and to the emergence of related interdisciplinary studies and theory, the volume is organized around five themes:

Centro, Journal of the Center for Puerto Rican Studies states that "This edited volume is a very extensive and detailed compilation of historical and current scholarship about the education of Latinos in the United States. The list of nearly one hundred contributors reads like a 'Who’s Who' in the field of Latino studies in general, and Latino education in particular.

Handbook of Latinos and Education 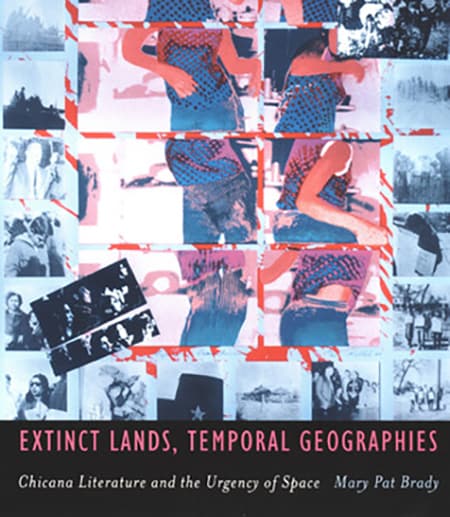 A train station becomes a police station; lands held sacred by Apaches and Mexicanos are turned into commercial and residential zones; freeway construction hollows out a community; a rancho becomes a retirement community—these are the kinds of spatial transformations that concern Mary Pat Brady in Extinct Lands, Temporal Geographies, a book bringing together Chicana feminism, cultural geography, and literary theory to analyze an unusual mix of Chicana texts through the concept of space. Beginning with nineteenth-century short stories and essays and concluding with contemporary fiction, this book reveals how Chicana literature offers a valuable theoretics of space.

Rafael Pérez-Torres, author of Movements in Chicano Poetry: Against Myths, Against Margins states that "Extinct Lands, Temporal Geographies is an outstanding work that reveals the connection between Chicana bodies, literary texts, and geopolitical space. It offers a conceptual framework based on theories of spatialization that provide a greater understanding of what Chicana writing does and why it is significant to our understanding of contemporary U.S. culture. Nobody else does what Mary Pat Brady does so well here." 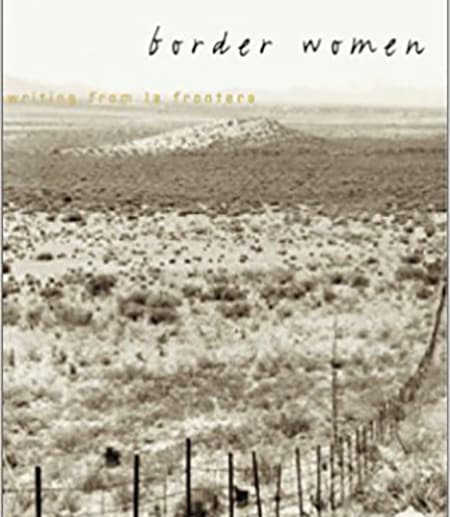 Border Women rethinks border theory by emphasizing women writers whose work—in Spanish, English, or a mixture of the two languages—calls into question accepted notions of border identities. These writers include those who are already well recognized internationally (Helena María Viramontes, Sheila and Sandra Ortiz Taylor, and María Novaro); those who have become part of the Chicano canon (Norma Cantú, Alicia Gaspar de Alba, and Demetria Martínez); along with some of the lesser-known, yet most exciting, women’s voices from the Mexican border (Rosario Sanmiguel, Rosina Conde, and Regina Swain).

South Central Review states that Border Women is a significant contribution to U.S.-Mexico border studies, and to gender studies as well. It places emphasis on the cultural richness of the border region through the reading of the original and provocative voices of its women. 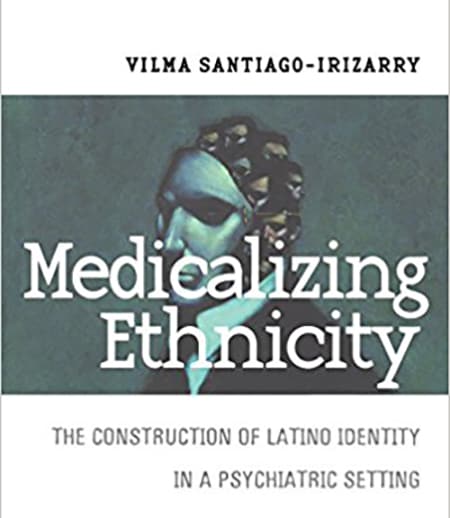 Medicalizing Ethnicity: The Construction of Latino Identity in a Psychiatric Setting

Medicalizing Ethnicity: The Construction of Latino Identity in a Psychiatric Setting

The author demonstrates that stressing Latino differences when dealing with patients resulted not in empowerment, as intended, but in the reassertion of Anglo-American standards of behavior in the guise of psychiatric categories by which Latino culture was negatively defined. For instance, doctors routinely translated their patients' beliefs in the Latino religious traditions of espiritismo and Santería into psychiatric terms, thus treating these beliefs as pathologies.

Noorfarah Merali, University of Alberta. Journal of International Migration and Integration states that "The major strength of this book is the high level of critical analysis demonstrated by the application of an anthropological perspective to the field of mental health. . . . This book represents an important contribution to the conceptualization and incorporation of culture in the field of mental health."

Medicalizing Ethnicity: The Construction of Latino Identity in a Psychiatric Setting
Become a Latina/o Studies Minor
Apply to A&S
​ ​
See the Campus
Visit A&S
​ ​
Support the Program
Give to Latina/o Studies
​